Get fresh music recommendations delivered to your inbox every Friday.
We've updated our Terms of Use. You can review the changes here.

It Is What It Is (full album) 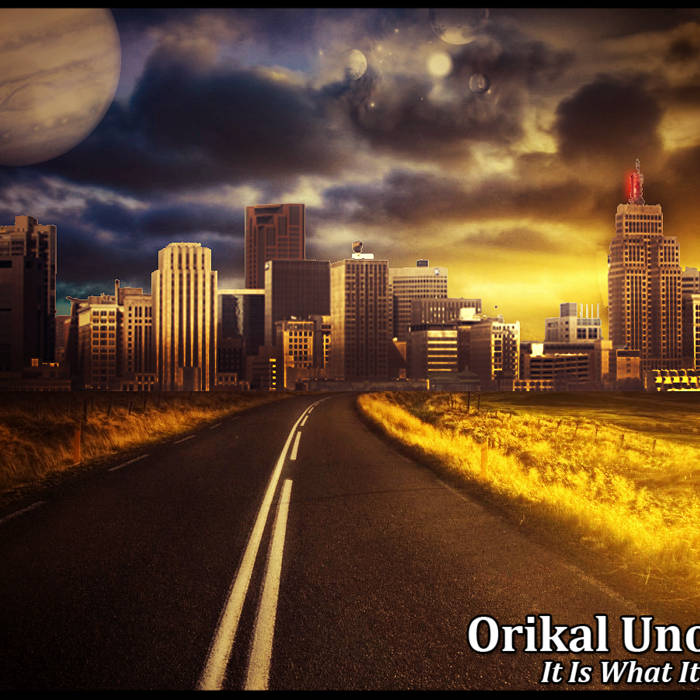 A product of inner city struggle and poverty, Orikal Uno (born Antonio Rosario) has triumphed in an environment that encourages the opposite.
Completely raised by a single mother in St. Paul, Minnesota’s notorious West Side neighborhood,
Rosario had to learn at a young age to make the best out of what resources were available.

Conversationally, he speaks with a stutter, struggling to communicate in fluent day-to-day verbal conversations.
At age 18, he was diagnosed with Type 1 diabetes.
5 years straight taking a needle to the gut to stay alive, Orikal Uno has never felt better.

Celebrating the release of his sophomore LP “It Is What It Is” - Rosario is on top of his game.
Teaming up with musical collaborator Chris Goodwin, Orikal Uno believes this is his best body of work to date.
The working relationship started in 2010 with the song “Lonesome Road” (which Rosario credits as one of best songs ‘ever’)
With the chemistry between the two being more than obvious, Uno and Goodwin continued to work til the end of the year.
Taking a year hiatus from the project, Rosario then came back to Goodwin in 2012 to finish the remainder of the album.

“It Is What It Is” highlights the best times (and worst times) of Rosario’s life. It signifies growth and is a proper sequel to Orikal Uno’s
2011 release “Uno,” continuing with the narrative that is Rosario’s life story.

10 years deep into his musical career, Rosario feels that he is just now reaching the peak of his craft.
Recently producing the title track for Abstract Rude and Musab (Sab The Artist)’s EP “The Awful Truth,” Rosario is honing his craft in all areas of hip-hop.

“It Is What It Is” is a rollercoaster of emotions, such is life.


The song “Dream” reflects upon the memories of lost friends, passed away or still living.

The album is designed to be played from front to back, from intro song “Rise and Grind” which is like waking up in the morning,
to the outro song “Owl” which brings the album full circle bringing you into an early AM experience in Rosario’s West Side neighborhood.

“It Is What It Is” marks a pivotal point in Orikal Uno’s musical catalogue, and is only a sign of what’s to come in the future.

All vocals written and performed by Orikal Uno (A. Rosario for Graff Roots (ASCAP))
All music composed and arranged by Chris Goodwin
Recorded and mixed by Orikal Uno at The Crib in St. Paul, Minnesota.